The Google Knowledge Graph is a pretty fantastic publicly accessible store of fast facts. But, it ain’t perfect. Every now and then, we come across what I’ll call computational mondegreens.

A mondegreen is a misinterpretation or mishearing of a phrase. The Internet is full of collections of mondegreens, and here’s a couple for fun:

Without further adieu (see what I did there), here are the knowledge graph mondegreens.

how many legs does a horse have

It seems like Google’s Knowledge graph is a bit dense when it comes to the jokes!

If you dig a little deeper on Wikipedia, you will find the Code of Ur-Nammu predated Hammurabi’s Code.

when was america discovered

America was discovered waaaaaay before 1492. The first inhabitants of America arrived sometime between 16,000 to 40,000 years ago. 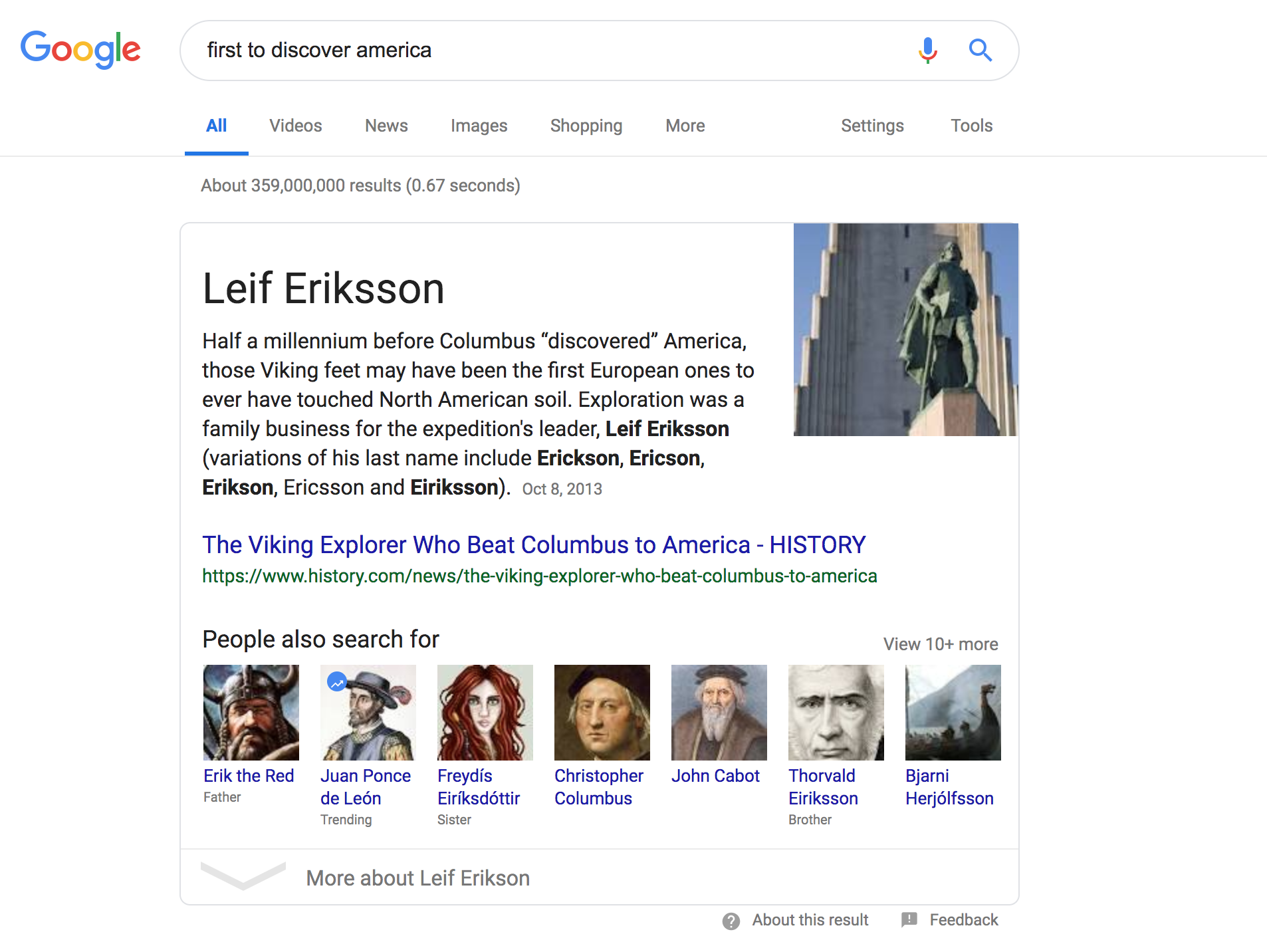 When it comes to hiccuping, logic seems to go out the window. In contradiction to the last response, Leif Eriksson is named as the first to discover america, which is wrong in a different way. There’s a concept of a law of firsts that makes these kind of questions to be prone to error, but that’s a subject for another post.

When two famous people have the same name, funny things can happen. One year ago, when you Googled “who is bernard lewis” you would see a biography of a billionaire who founded the River Island fashion brand alongside a picture of a historian specializing in oriental studies. Google has fixed this particular mistake, but this is likely a good source of computational mondegreens.

I included screen shots because these hiccups are ephemeral, and once they are well-known, Google fixes them. What’s interesting here is to ask ourselves, why did we get this “fact” wrong. There’s an opportunity to “fix” the knowledge graph fact, but there’s an even greater opportunity to reflect on a bigger picture. To be clear, these computational mondegreens are not Google bombs, which are more intentional SEO or Google-initiated tricks. Famous Google bombs included the biography of President George W. Bush as the first result for the query “miserable failure” or no results for the query “find chuck norris.” These hiccups are the unintented consequences of the systems we build, and they likely extend beyond a few anecdotes.